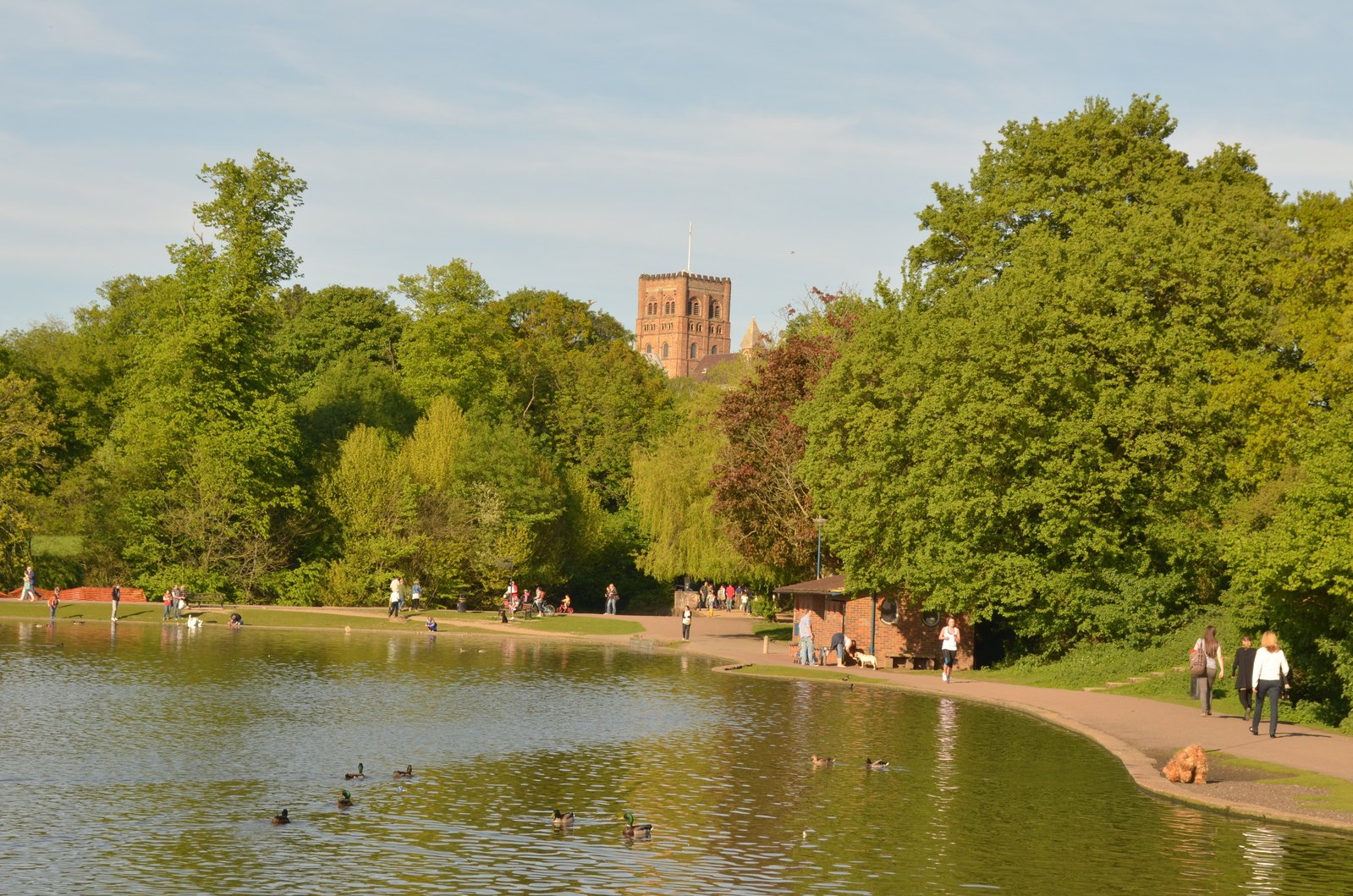 Around 16,500 people attended the Christmas lights switch-on in St Albans – to get the festive season off to a spectacular start.They joined in the countdown as stars from the Alban Arena pantomime turned on the lights in St Peter’s Street from the main stage.At the same time, St Albans Mayor, Councillor Rosemary Farmer, switched the lights on at the Clock Tower.This landmark is being illuminated this year by an eye-catching Christmas Tree projection provided by local firm REWIND, a virtual reality and creative production agency.The annual event started at noon on Sunday 18 November with the lights being switched on at 5pm as darkness fell.Several City Centre roads – including the St Peter’s Street, the High Street and part of Chequer Street– were closed to traffic as the six-hour-long street party took place.Among the attractions were fairground rides, including a Ferris wheel parked in front of the Museum + Gallery, live music provided by local musicians and free children’s activities.There were also pop-up bars and dozens of stalls selling crafts, seasonal gifts and a diverse range of food and drink produce. These ranged from mulled wine, festive cocktails and Indian curries to organic burgers.Councillor Salih Gaygusuz, Portfolio Holder for Business and the Community, said: “The lights switch-on is a fantastic family event and it always generates a terrific atmosphere.“This year, we were lucky with the weather as it was a dry, sunny day and the crowds seemed even bigger than usual.“I thought the lights were excellent and was particularly taken with the stunning Clock Tower projection. This will all help make St Albans a top destination for Christmas shoppers during the festive season benefiting shops, restaurants, bars and the local economy.”Mayor, Cllr Farmer, said: “It was lovely to join the bumper crowds for the start of Christmas festivities in St Albans.“The lights and the projection onto the Clock Tower looked truly fabulous and it was wonderful to see so many people enjoying themselves.”St Albans Business Improvement District has largely funded the lights including those that run from the Museum to the War Memorial. It also financed new infrastructure to provide power and has plans to expand the display further next year.A not-for-profit organisation funded by local businesses, it seeks to improve the City Centre.Helen Burridge, BID Manager, said: ““It was wonderful to hear the crowd’s reaction to the Clock Tower reveal, which will continue to develop and change over the coming weeks.“Make sure you drop by the Cathedral Quarter to see it in action and thanks again to REWIND for their time and generosity in making it happen!”Cinderella opens at the Alban Arena on Thursday 6 December and runs until Sunday 6 January 2019. For more details, see www.alban-arena.co.uk/type/panto/.